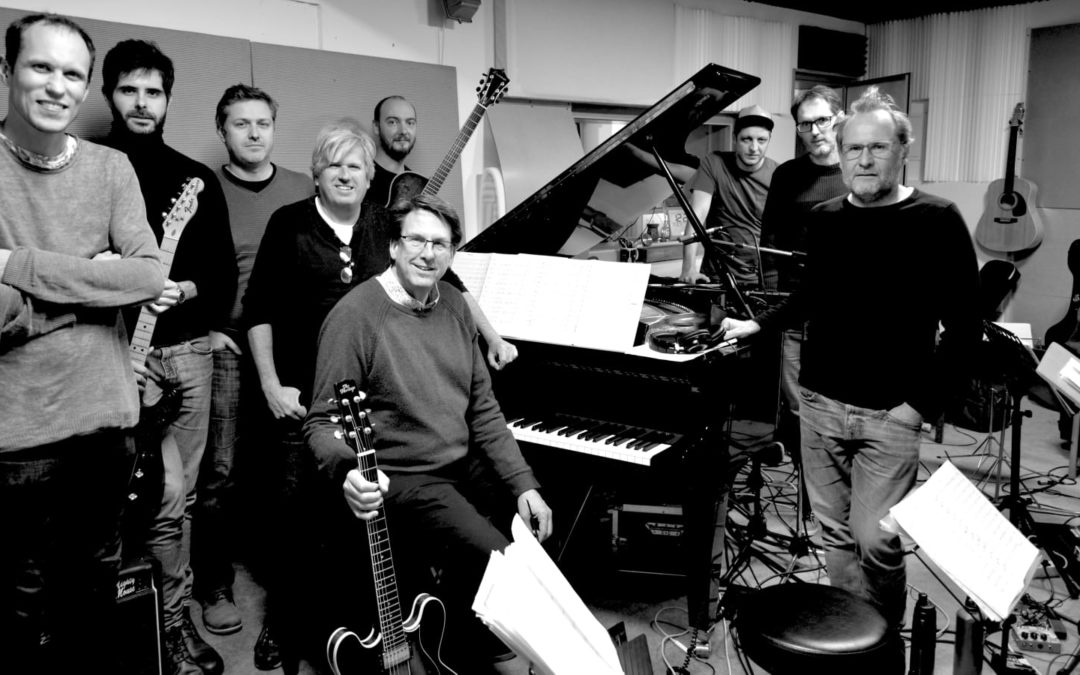 The Collective of Improvising Artists Guitar Ensemble is based in Vorarlberg Austria and continues to change its formation between 4 and 7 guitarists. The most most recent group has Markus Holzmaier, Roger Szedalik, Guillermo Delis and Christian Bilgeri on guitars along with Philipp Mayer on drums and Peter Madsen on keyboard. This new Four on Six Guitar Ensemble has a brand new program consisting of a six movement suite composed by the great iconic pianist Sun Ra and arranged by Peter Madsen called ‚When Sun Comes Out‘. This wild and colorful suite has never been performed in public before in its entirety. We hope you can join us for its  World Premiere!